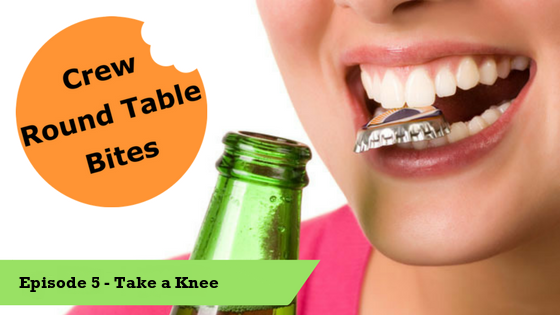 Protests are a cornerstone of free speech.  Speaking out against perceived wrongdoings by the government, and other authorities, is an essential part of modern western democracy.

In 2016, Colin Kaepernick became a national figure after his protest against the oppression of people of color in the United States.  He was a quarterback in the NFL, and protested by not standing while the United States’ national anthem was played before the start of NFL games.

Since then he has been demonized, called everything from unpatriotic to a traitor.  He has been accused of being disrespectful to the American flag, to America itself, and American veterans.  He is vilified daily because he chose to exercise his right to free speech.  He has been effectively shut out of playing in the NFL.

Is this right?  Is this the price of protest?

Subscribers get the latest and greatest episodes automatically! Subscribe on iTunes, Google Play, and wherever fine podcasts are distributed. We are also available on YouTube for listening at your desktop and working around pesky office firewalls.

We love doing the show for you, we hope you love listening, and we appreciate you sharing with your friends - THANKS!