Home Crew Round Table Podcast Episode 5 - Olympics and Expo; Worth it??

Episode 5 - Olympics and Expo; Worth it?? 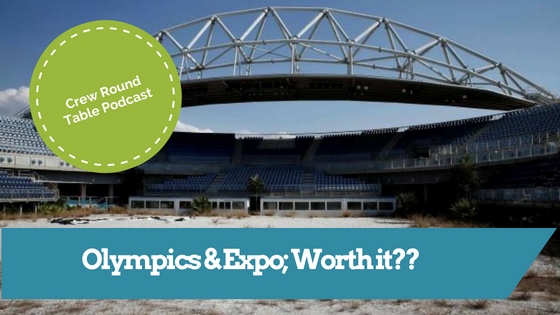 Did you enjoy the last Olympics? Canada has hosted Vancouver, Calgary, Montreal, and possibly ..... Toronto?! Join the Crew Round Table as we discuss the merits and drawbacks for hosting the Olympic games. Download another Gold medal edition of the best new podcast covering issues affecting the GTA, and follow us at crewroundtable.com today!!


Who is Jody Price? 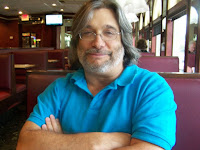 Jody Price is grandson to Vincent Price.Marge and Lisa were playing with "Vincent Price's Egg Magic". After finding that the box was "feet-less", Marge called up the company for replacements. He said if she was calling about the missing feet she should leave her address and the replacement feet will be rushed to her by his grandson Jody. After speaking to Marge he returned to the sweet embrace of the crypt. Later when John Madden and Pat Summerall had finished the resume of the episode they get on a bus, with the driver being Vincent Price. In the bus was Jody. He said to his grandpa to give it some gas but Vincent told him to be quiet, as he was not helping.

@JR
China is far from 'developing' nation. Friends have been there and the major cities are huge with infrastructure that puts Toronto to shame.

@Breeze
Giving the Olympics to developing nations is a BIG mistake...downward spiral into debt.

While you are correct, nations are not children and the IOC is not their parent. If a country wants to host the Olympics, the IOC is not in a position to judge if they should have them or not.

Judging if countries should host the Olympic games is exactly what the IOC does.

@EC, the IOC decides on if you CAN host the Olympics, not if you SHOULD. They don't care if you're going to bankrupt your country doing it, as long as you pull off the games themselves.